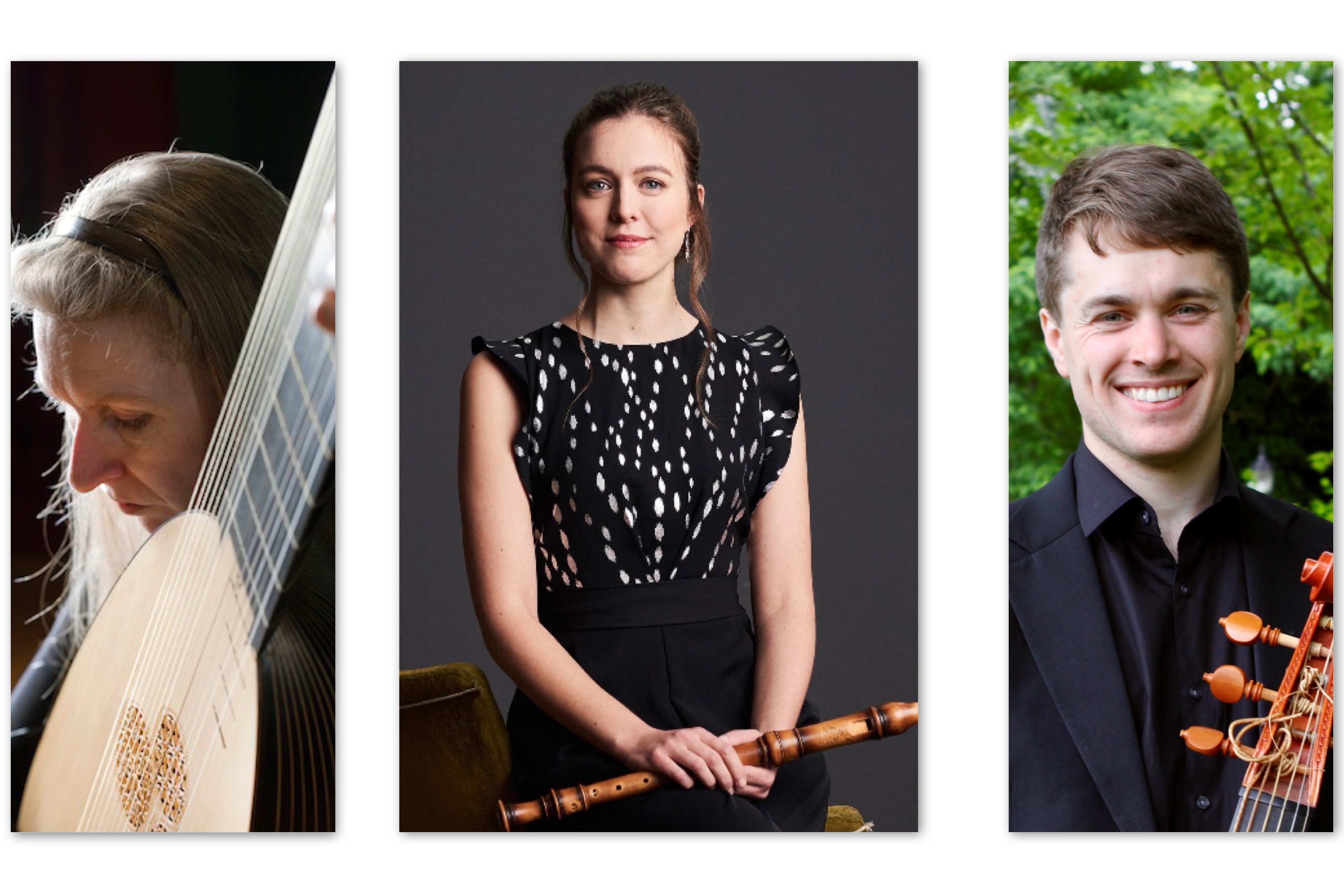 The Festival Sunday afternoon concert features an emerging young artist and this year presents Tabea Debus. Described by The Times as a charismatic virtuoso, Tabea is constantly exploring the horizons of music for recorder and has performed widely across Europe, Asia, Colombia and the USA. She is a YCAT artist, regular guest on the BBC Radio 3’s In Tune and Early Music Show, and has released five solo discs to date. She is joined by Jon Rees on viol and Lynda Sayce on lute to perform her acclaimed programme Ohrwurm.

“I was [un]able to think of any thing, but remained all night transported.” – Samuel Pepys

Music has a tendency to continue playing inside our minds, whether we want it to or not. From Pepys we gather that musical earworms are a longstanding phenomenon: Ohrwurm explores how tunes and dances wormed their way into many aspects of music-making in seventeenth- and eighteenth-century Europe – and, in traversing the centuries, contemporary compositions testify to the earworm’s secured place in modern life.

“A romp through catchy tunes from the 14th century all the way through to contemporary solo recorder pieces.”
(BBC Radio 3)

The Festival aims to venture beyond traditional classical music boundaries, bridging the gap between audiences and performers through ‘Artists in Conversation’. We hear the musicians talk about their approach to the music, how they develop their interpretation and explore the composers sound world on historical instruments. Included is a Q & A led by Festival artistic director violinist Jane Gordon.